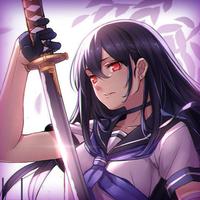 iPad
More Screenshots for iPad
二次元 - 剑娘策略养成RPG Description
O (≧ v ≦) o ~ ~ oh ha yo ernie (nai) sauce ~ welcome to secondary yuan - sword niang の world ~
(inverse 0 inverse) Inexplicably beginning to drool!
To enter into a covenant, to fight with the sword, to be your servant! A hundred swords of the sword, the creation of the second yuan day and the aesthetic world; Live 2D technology, the interaction between the sword and the footman; In the game, the sword is led to fight with the real magic alliance, and more original soldiers play the game, and the soldiers are refusing to fight alone, and train the sword and the staff to fight for the peace of the world.
***** ***** ***** **
Worldly treasures incarnation sword servant, soft as a girl, elder sister, sister, the queen and other image appears, step by step, through collecting, tie sabres, counsel, guardian, pursuit, reconnaissance, mix into many sets of sword formation, play an unexpected effect in the army.
****Live 2D technology to create a swordman ****
The game introduces Live 2D technology to let each character move through the screen, vividly show the characters and characters, and gently stroke the sword and servant to interact with it, just like immersing himself in the world of the second world.
***** ***** ***** ***** **
The archers of the armed forces are armed with three soldiers, so that every single sword in the formation can be fired. Barracks raise troop levels, increase the capacity of soldiers. The soldiers pretend that the sword does not fight alone.
***** **** a ***** ***** **
Take the swordman home, and the game's mansion is a grand, shogun, quarry, workshop, command post, and five places of residence to gain resources and raise the level of formation. The shogun collects the finance, the white flower is poured; Collecting crystal from the mine, the crystal clear of the world. Workshop manufacturing resources, self-sufficiency; The command post upgrade method, the green dragon array, the cardinals, the white tiger matrix, the xuanwu matrix and the kirin array, the different gusts affect the way of fighting; The official residence was paid in salary, and the war of the peak was enhanced.
Show More Show Less
二次元 - 剑娘策略养成RPG 1.0 Update
2017-11-14 Version History
More
1.0 2017-11-14
More Information