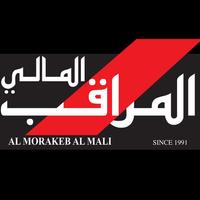 iPad
More Screenshots for iPad
Al Morakeb Al Mali Description
At the beginning of the 90’s, a group of businessman and journalists decided to launch a business magazine, in parallel to the reconstruction process that was taking place all over the country. The magazine would cover various parts in different sectors of production and services.
And so was born AL MORAKEB AL MALI.
On October the 6th, 1991, the issue number 1 was released, and since that date this monthly publication continues to be regular.

Nowadays the economy has become the center of the daily life. It’s no more exclusive for a certain category or class of persons or certain societies. It became a crucial part of our present life as well as the future…
The business magazines in the Arab World are number limited likewise their expansion, which makes it barely compatible with the every day’s facts in all its perspectives.

AL MORAKEB AL MALI deals with the economic event and provides it with sufficient studies and analyses, focuses on its political and social perspectives, and introduces the facts in a simplified yet professional style to the businessmen and experts as well as to the academic students and the reader globally.

The elite of businessmen.
The leaders in both production and services sectors.
University students, professors and experts.
Every person interested in staying informed about the latest development in science and technology


Expansion
AL MORAKEB AL MALI Magazine is published in Lebanon and distributed throughout the Arab world, the Lebanese and Arab Diaspora and all around the world.

AL MORAKEB AL MALI is active in the banking, finance, insurance, information and communication technology, industry, travel and tourism, transport sectors.
75000 copies are issued every month, among which 10000 are distributed in Lebanon, 60000 copies distributed in the Arab World, mainly the KSA, UAE, Egypt, Kuwait, Bahrain, Jordan, Syria, Qatar, and 5000 in Europe.
And as it grows from one day to another, AL MORAKEB AL MALI becomes more steady and widespread.

AL MORAKEB AL MALI Magazine subscription is Auto-Renewable on a yearly basis. The subscribers should receive the Magazine every month, i.e. 12 times a year.

AL MORAKEB AL MALI Magazine is for $4.99 per issue. This can also be altered by paying a yearly subscription instead for $49.99 .

The payment will be charged to iTunes Account at confirmation of purchase.

The subscription automatically renews unless auto-renew is turned off at least 24-hours before the end of the current period.

The account will be charged for renewal within 24-hours prior to the end of the current period, and identify the cost of the renewal.

The subscriptions may be managed by the user and auto-renewal may be turned off by going to the user's Account Settings after purchase.