appBlaster Overkill Not Available
Removed from the App Store 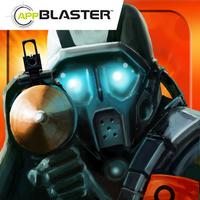 In the near future the world has collapsed. You have been hired as a mercenary to fight against the enemy. Be paid for everything you kill and destroy and buy new weapons or upgrade the current ones. 18 weapons (incl. AK-47, M4, SCAR, RPG, P90, ACR..) with upgradable Scopes, Stocks, Cartridges, Barrels and Frontmouths gives you over 100 combinations! Fight through 100 waves and 5 extra Hell waves in 5 locations.

30 RANKS
Get promoted from Private to General

OTHER FEATURES
• lots of blood, explosions
• awesome high-definition graphics
• music and sound effect
• upgrade your weapon the way you like, take a Snapshot and send it to your friends
• detailed Stats you measure your progress (kills, bullets shot, accuracy, etc)

MEDAL STORE AND OVERKILL MEDALS:
Overkill is FREE to download. Although some powerful weapons and upgrades are locked. That’s why we introduced Overkill Medals (OM). For OM you can get all the extra stuff that’s in game (weapons, upgrades, wallpapers,etc). There are several ways how to get OM:
• FREE using TAPJOY (download and run apps from Appstore)
• share Overkill with friend via e-mail or Facebook
• as In App Purchase
• and for every promotion you get 1 OM
Show More Show Less
More Information