Ascension: Journey to Jupiter Not Available
Removed from the App Store 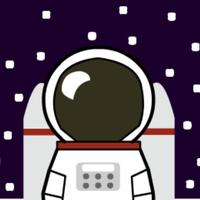 iPad
More Screenshots for iPad
Ascension: Journey to Jupiter Description
You were put on a top-secret mission to Jupiter but your ship has crashed in a massive asteroid belt. Now you must jetpack the rest of the way there! Use your jetpack to maneuver through thousands of asteroids in the void of space. You can unlock 5 different space suits and 3 different powerups to help you on your journey through the galaxy. Download FREE and start your interplanetary journey today.

* Test your reflexes as you navigate through a dense field of asteroids traveling at breakneck speeds
* Simple two-touch controls
* 5 ranks and space suits for you to unlock
* 3 high-powered powerups
* Increasing difficulty
* No annoying ads!
Show More Show Less
Ascension: Journey to Jupiter 2.0.2 Update
2018-07-18 Version History
Powerups are now free! They no longer cost $1. Once you update the app you will unlock the powerups screen automatically. Equip one of three powerups to blast asteroids out of your way as your fly through space.