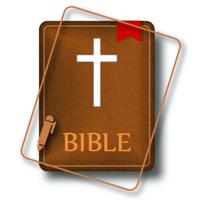 The ASV is now considered antiquated, and rare antique editions are hard to find.

Features
The divine name of the Almighty (the Tetragrammaton) is consistently rendered Jehovah in the ASV Old Testament, rather than LORD as it appears in the King James Bible. The reason for this change, as the Committee explained in the preface, was that "...the American Revisers... were brought to the unanimous conviction that a Jewish superstition, which regarded the Divine Name as too sacred to be uttered, ought no longer to dominate in the English or any other version of the Old Testament..." Other changes from the RV to the ASV included (but were not limited to) substituting "who" and "that" for "which" when referring to people, and Holy Ghost was dropped in favor of Holy Spirit. Page headings were added and footnotes were improved.

Basis of Philippine Bibles
ecause of its popularity in the American Standard Version in the early years of the 20th century, this has been the basis of the Philippine Bible Society in translating the first editions of the Bible in the different Philippine Languages. Now a public domain, 'Ang Biblia' (titles for the Tagalog, Cebuano, Hiligaynon and Waray), 'Ti Biblia' (the Ilocano title), and 'Say Biblia' (the Pangasinan title) used the ASV as their basis. This is very evident by the use of the name Jehovah instead of the more commonly accepted Yahweh in the later translations.
Show More Show Less
More Information