Auto Wulin Not Available
Removed from the App Store 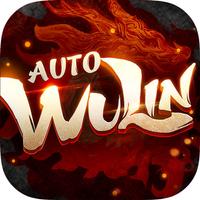 Take the chance to enter the Wulin world – the Chinese ancient era - when the Jianghu is ruled by the strongest clans and greatest martial art masters.

Once upon a night, all the Big Sects Leaders (Shaolin, WuDang, TangMen, Beggar, Five Venoms, Emei …) got defeated, the precious mysterious skills got stolens. This event began a new chapter in Jianghu, which is full of violence, bloody battle & ambitiousness.

Entering Auto Wulin, you could experience countless battles with players all over the world. Choosing one of the most famous material art schools (Shaolin, WuDang, TangMen, Beggar, Five Venoms, Emei …) to join. Picking, upgrading & mastering your own skills to be the Leader of your clan or joining the Hua Shan Battle to be honored as the strongest masters.

Unlike any others MMORPGs, Auto Wulin allows players to play even when players are offline. With such useful feature, players could go on exploring the Wulin world, beating monsters, bosses and obtain all the trophies.

== Auto Battle 24/7 ==
Auto Wulin offers a never-ending adventure for all players. You can keep fighting, exploring and earning experience and equipment while you are offline.

== Six famous schools & five elements ==
Shaolin, WuDang, TangMen, Beggar, Five Venoms & Emei, each school offers unique characters and skills which could be upgraded depending on players’ level.They also have their own element: Metal, Wood, Water, Fire, Earth. There are “Destructive” & “Conquering” effects basing on the interaction between these elements.

== Various PvP battles ==
Auto Wulin players could have Solo Queue Battles freely in PK maps, Duo Queue Battles with a partner in Steel Mazes, Trio Queue Battles with two partners in Flame Emperor Battles and even 50 vs 50 in clans battles. Choose your partners carefully because you have no idea how strong your opponents are and which schools or elements they belong to.

== Tong – Jin Battlefield, Hua Shan Battle & Wulin Festival ==
In Auto Wulin, there are two battlefields where the greatest material art masters all get honored. Leading your army to get win in 1000vs1000 PvP Tong-Jin Battles or defeat masters all over the world to get higher in Hua Shan Rank & Wulin Festival and earn the precious rewards, the more opponents you defeat, the more precious your reward is.

== Endless Legendary Quests & Trading ==
With countless legendary quests, players could experience a non-stop adventure in Auto Wulin world. In addition, players & friends can easily trade equipment by using cheque to have the the equipment which is suitable to their own school & element.