Camera Translate All Not Available
Removed from the App Store 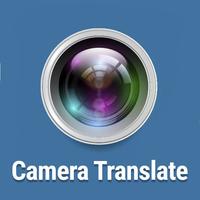 The most professional camera translator ever seen, it has no limits. It converts virtually any document, recognition of the camera is instantaneous and the conversion of documents to other formats is total. Compatible with formats in pdf, doc, png, jpg, and others.

Features:
Word snap and translation, Camera Translator is your handy dictionary. Extract word text from the camera of mobile phone and provide online translation. Simply aim the camera lens at the word, the translated result will instantly show on screen. Network is needed for translation.

OCR (Optical Character Recognition) data for English is included, other language data can be downloaded after you change the 'Translate From' setting item.