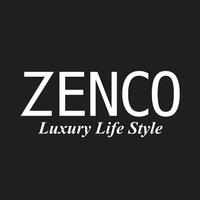 If we were to reflect on a well known proverb of "To sow before you harvest", one can only imagine the hurdles to overcome before the harvesting stage. Indeed, it is not an easy pathway to walk but one incredible man is able to make it through and he is Mr Chan Soo Teck, the founder of Chan Furniture (M) Sdn Bhd.

In 1986, Mr.Chan started out as a rattan carpenter at his small factory in Petagas with only less than 10 staffs. Among the staffs that helped him then and still is today is his brothers, Mr Chan Yen Soon and Mr. Alan Chan. Also with him was his childhood friend from his hometown in Johor, Mr Chai Soon Fatt. Together they worked hard covering all areas from producing the rattan furnitures to delivering the finished products to end users. Even with very minimal machineries, they are able to produce 20 to 30 sets of rottan sofa daily to sustain the local markets' demand which also includes wholesaling.

In 1987, Mr.Chan's opened his first retail outlet in Karamunsing Complex to retail his rattan furnitures. 3 years later, he restructured his stategy and made a decision to stop the rattan production and instead concentrate on retailing other types of furnitures besides rattan. He also diversified his business by adding electrical and IT products into his showroom to attract more customers. The response from the customers was positive and it prompted him to open his second retail outlet in Labuan in year 1994, Sandakan in 1995, Sadong Jaya, Lahad Datu, Johor store, Tampoi, Tun Aminah and 3 branches in Sarawak (Miri, Bintulu & Sibu) in 1996 . Then, he continued to open more retail outlets at Tawau, Majidee, Kota Tinggi, Pasir Gudang and Kulai in year 1998 . Many more outlets sprouted all over East and West Malaysia soon after.

Besides the usual cash and credit card payment method, Mr. Chan was keen to offer the installment payment options to his customers. The interesting fact is that, his idea of installment plan offered until today was inspired by the Pakistanis, who in the 80's was offering installment payment option to the locals for their goods. Seeing how good the response from the locals were, Mr.Chan grabbed the opportunity and applied the same concept to his business. He introduced his first installment plan of 3 months installments to the public and his offer was well received. His circle of customers grew and sales increased tremendously within months. Due to many customers' requests, Mr Chan extended his instalment plans to 13 months installments in year 1989. Only recently, the installment plan was further extended to 24 months which is the longest payment period ever offered by his company.

Today, with 66 retail outlets nationwide with the most recent ones opened at Kelantan and Penang in August 2015, his company has grown from less than 10 staffs to more than thousand experienced staffs supporting and operating his business. It has always been Mr.Chan's dream to have his business expanded all over Malaysia. With his strong determination, perseverence and intelligence, he has definitely turned that dream into a reality and there is no stopping for him as plans for more outlets are already on the way.