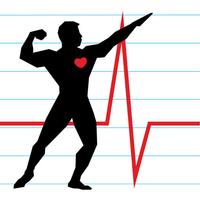 Chronic pain symptoms are tough. But tracking them should be easy.

Chronic Pain Diary enables you to track your pain with symptoms and treatments, a color coded calendar, readable graphs, and quick and easy data entry. Export your graphs and calendar in an email, and forward all your data as a 'comma separated values' file for usage in desktop applications.

Chronic Pain Diary allows you to name your treatments, symptoms, and notes. A few examples of the many possibilities: back and hip pain, pain relief, chronic pain, Lyme symptoms, Lupus symptoms, Fibromyalgia, and depression symptoms.

* Tap just a few times, then get back to your day. This app focuses on streamlining how you track your health
* Tap in an entry name, optional entry notes, entry type (treatment, symptom or note), rating from 0 - 10, and a time stamp
* Create multiple profiles, each with a separate calendar and entry tracking
* Reuse previously entered entry names to quickly log new data
* Sort entries alphabetically or by usage
* Color coded symptom lists display low and high ratings
* Color coded calendar displays high ratings of each day for symptoms and treatments
* Symptoms are 'red', treatments are 'green', with dynamic color blending on the calendar and in lists
* Graph individual days, showing high and low points by rating and time stamp
* Graph multiple days by dragging a touch across the calendar to display high points for all days in a given range
* Email export of calendar images and graph images
* Dropbox support for backing up data on the go
* Email export of all database entries for a given profile in 'comma separated value' format
* Toggle display of entries, optionally omitting them from graph images and calendar images
* Watch a user guide video
Show More Show Less
Chronic Pain Diary 1.21 Update
2017-01-18 Version History
Updated to use Dropbox API v2.0. I was notified that the Dropbox API v1.0 we were using would be turned off. To use the new Dropbox API v2.0 Objective-C SDK, I also had to update the minimum iOS version from 5.0 to 8.0.