Dalail al Khayrat Not Available
Removed from the App Store 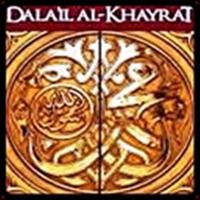 iPhone
Dalail al Khayrat Description
Dala’il al-Khayrat, the most celebrated manual of Blessings on the Prophet (Allah bless him and give him peace) in history, was composed by the Sufi, wali, Muslim scholar of prophetic descent, and baraka of Marrakesh Muhammad ibn Sulayman al-Jazuli. Born and raised among the Gazulah Berbers of the Sus region in southern Morocco, he studied the Qur’an and traditional Islamic knowledge before travelling to Fez, where he memorized the four-volume Mudawwana of Imam Malik and met scholars of his time such as Ahmad Zarruq, and Muhammad ibn ‘Abdullah Amghar, who become his sheikh in the tariqa or Sufi path.

Imam Ahmad al-Sawi relates that one day Jazuli went to perform his ablutions for the prescribed prayer from a nearby well but could not find any means to draw the water up. While thus perplexed, he was seen by a young girl who called out from high above, “You’re the one people praise so much, and you can’t even figure out how to get water out of a well?” So she came down and spat into the water, which welled up until it overflowed and spilled across the ground. Jazuli made his ablutions, and then turned to her and said, “I adjure you to tell me how you reached this rank.” She said, “By saying the Blessings upon him whom beasts lovingly followed as he walked through the wilds (Allah bless him and give him peace).” Jazuli thereupon vowed to compose the book of Blessings on the Prophet (Allah bless him and give him peace) which came to be known as his Dala’il al-Khayrat or “Waymarks of Benefits.”

Its celebrity swept the Islamic World from North Africa to Indonesia. Scarcely a well-to-do home was without one, princes exchanged magnificently embellished copies of it, commoners treasured it. Pilgrims wore it at their side on the way to hajj, and a whole industry of hand-copyists sprang up in Mecca and Medina that throve for centuries. Everyone who read it found that baraka descended wherever it was recited, in accordance with the Divine command: “Verily Allah and His angels bless the Prophet: O you who believe, bless him and pray him peace” (Qur’an 33:56).

As the Moroccan hadith scholar ‘Abdullah al-Talidi wrote of the Dala’il al-Khayrat: “Millions of Muslims from East to West tried it and found its good, its baraka, and its benefit for centuries and over generations, and witnessed its unbelievable spiritual blessings and light. Muslims avidly recited it, alone and in groups, in homes and mosques, utterly spending themselves in the Blessings on the Most Beloved and praising him—until Wahhabi ideas came to spread among them, suborning them and creating confused fears based on the opinions of Ibn Taymiya and the reviver of his path Muhammad ibn ‘Abd al-Wahhab of Najd. After this, Muslims slackened from reciting the Dala’il al-Khayrat, falling away from the Blessings upon the Prophet (Allah bless him and give him peace) in particular, and from the remembrance of Allah in general”
Show More Show Less
Dalail al Khayrat 1.0 Update
2016-12-28 Version History
More
1.0 2016-12-29
More Information