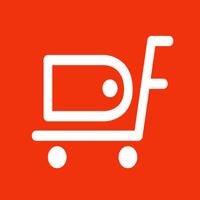 iPad
More Screenshots for iPad
Deal Finder - Find The Best Deal Description
Simply the best way to save money! Shop intelligently with Deal Finder!
Have you ever bought something, but realized later that another store had a better price?
Have you ever spent hours looking for a deal, just so you could buy your favorite product?
No more!

Deal Finder checks every store intelligently, at the click of a button, to make sure you find the best deal from anywhere!
You are guaranteed to save money on anything you could buy:
Flat Screen Tvs, Laptops, Phones, Video Games, Shoes, Furniture, Cars, Household Items, or anything else you could shop for at 30, 40 or maybe even 50% off!

You will never miss a deal!

Features include:
-Finding a deal in less than 10 seconds
-Searching for any product
-Comparing multiple deals at once
-Saving deals for later
-Keeping track of recently viewed deals
-Sending a deal to a friend
-Copying a deal so you can view it elsewhere
-Opening a deal on the company's official website
-Filtering deals by what store they are from
-Filtering deals by your price range
-Narrowing your search to find exactly what you want