Distances To Free Get 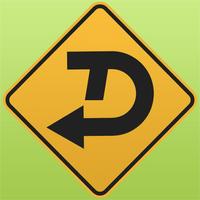 With support for countries all around the world, you can calculate the distance to, from and between cities, towns, villages and/or countries. Calculations are displayed in miles, kilometers, meters and/or feet.

Find coordinates for locations in DMS or decimal format, view road maps, get driving directions and find places near you.

Distances To also displays user friendly visual elements such as maps, charts and even offers a save to PDF option for the driving distance, flight distance, fuel cost, land elevation, route elevation and travel time calculators as well as the coordinates finder.