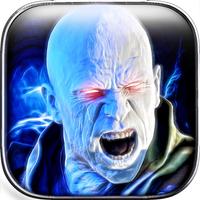 Kingdom face new threat. Burning war army of ancient evil came back from lost chaos ethernity to strike thier foes. Whole realm is in danger of destruction by white Lord of darkness who's plan is to destroy the kingdom and plant a seed of age of infernal apocalypse. Nightmare reaper Conquer is reborn.

This is the time when you step in as a brave blessed legendary hero who will rise a counter force. Unleash your power and clash your strenght with pure demonic evil. Beat the legion of inviders, push them to exile, reclaim the king's dark throne and restore peace and order. Collect crystals and reclaim wild blood power magic from fallen mage. Buy enchanted magic potions from merchant soccerer to refill your mana and hitpoints. Level up and gain epic magic powers, powerful combos, armor, experience and passive battle skill. Rise your inteligence, agility and strenght. Pick melee axe, sword or mace and make your path to glory in battlefield. Become a god's champion slayer who doesn't fear death and form a league of force against the evil to fullfill your destiny. Enter the underworld dungeon labyrinth and decimate devil inviders. At the end of each level you fight a massive boss. Touch magic soul crystal runes to get bonuses in varios things.

Collect loot, gold, items and gems.
Upgrade, craft, enhance and customize your gear. Hack your way through and slash hundreds of monster enemies! Explore the world, defeat enemies and secure a victory.