Health Import Not Available
Removed from the App Store 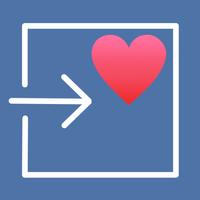 iPhone
Health Import Description
Thanks to Health Import you can now import the XML file generated by Health App on your device in a new device or in the same device without using system restore of iOS backup.

How it Works
----------------
Copy the XML files using iTunes, Application's tab. The Health Import will show a list of valid files and will require authorization for samples types present in the selected file.

The import process is absolutely automatic, you don´t need to identify register or columns and it will be completed in three simple steps. Open and Authorize, Search for duplicates (Optional) and final Import into Health DataBase.

Features
----------
Import samples exactly as they were exported, without intervention and without any difference.
Duplicate Search, to avoid a file imported twice or a data repeated you can make a search for duplicates before import.
After import is completed, Health Import will give you the option to delete XML file from your device.
Health Import save the information in the device Health Database, no copy or any other use is made with your personal data. Your privacy is very important for us.
The App allows you to delete XML files info directly from the device.
It's possible to delete the samples added by Health Import at any time from Health Database easily.
Universal App so you will be able to watch your XML info in future devices.