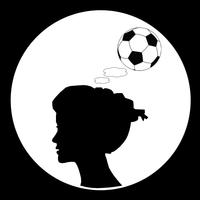 iPad
More Screenshots for iPad
Hirnball Description
Why not use your brain (from German "Hirn") instead of your foot to get the ball into the opponent's goal?

Hirnball is a strategy board game for two players played on a go board of size 8x10. The game is won, when a ball reaches one of the goal. But to get it there is not as simple as you might think. During the play both players make their moves using board intersections and try to get as close to the opponent's goal as possible, but also to block as many paths to own goal as feasible.

Do you want to detect game situations, where you could loose? Activate "Game warnings", a feature for Pro players!