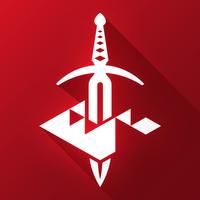 Imperial Ambition is another brand new war strategy game developed by Haypi since the release of Haypi Kingdom in 2008. With novel game rules, diverse occupation gameplay and free sandbox strategy, Imperial Ambition，the elaborately designed next-gen magic strategy game，brings SLG into a new 3.0 era. This game pioneers Kingdom War, allowing all players to strive and conquer for hegemony in a world map, which explains why ONLY in Imperial Ambition you can fight fierce battles with other large legions.

Centuries after the battle against the Dark Dragon, evil rumors swept through the races. “When the Dark Dragon awake, the magic world will break.” Conflicts arises which leads the peace and order fallen to pieces. Human, Orcs, Elf, Dwarf, Revenant. The extremists from every race forge their armies and rise in revolt. Sieges! Invasions! Clashes! Wars! Everywhen and everywhere! Your majesty, will you be the savior of our world?

Through pain and suffering you learn, and through explorations and battles you grow! Enlarge territory! Construct Halo! Defeat rebel’s invasion! Seek epic equipment! Forge an invincible army and claim the throne with trusted allies!

-=FEATURES=-
◆ Territory - Magic world is about to break. Leave in defeat or conquer with glory!
◆ Halo - With the dazzling wall of this ancient miracle, nobody dare to offend your territory!
◆ Venture - Explore the world, crusade the rebels, and get the marvelous treasure and equipment!
◆ Blessing – God’s blessing rains from above. It gives you the natural dignity and power in both offence and defense.
◆ Mighty Heroes - Human, Orc, Elf, Dwarf, Revenant. Mighty heroes from 5 races are waiting to fight for you. Deploy them wisely to build an invincible army!
◆ Teleport - To defeat or to be defeated, with teleportation, it's no longer a question. March craftily to your land in a flash, and teach enemies a bloody lesson!
◆ Alliance - They're friends until death, no matter in offense or defense. A singer call brings you hundreds responses along with mighty armies and troops.
◆ Elder capital - Occupy the Elder Capital to be the new King! Clash with ambitious powers, and only one lord will claim the throne!

The wind is in a rage. The world is about to break. Resonance occurs between magic and blade! The strong feed, when the weak bleed. Long live my lord, the world will be yours!
Show More Show Less
More Information

Haypi Kingdom: The Return of the King Role Playing