IVU, Chinese Not Available
Removed from the App Store 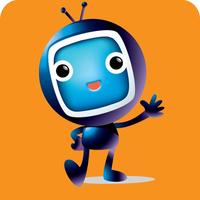 iPad
More Screenshots for iPad
IVU, Chinese Description
IVU, Chinese is TPR game to be the main characters of the game using the camera of iPhone/iPad.
It is interactive role-play game that learns words and movement when children moves and acts and chooses a game and proceeds.
you can play game with fun and active play on your iPhone/iPad.
The familiarity for Chinese is a bonus.

You are more excited about showing and operation their appearance on game.
You have a great satisfaction when you are the protagonist of the game.

Features
- You use the camera on your iPhone/iPad to play the game
- TPR game in which you operate game using your body
- you are having a simple and easy to play game, you can learn words and pronunciation of Chinese

Configuration & Usage
- When you start the app, you check your appearance on your game using camera, and click “开始”
- If the game is in progress, it will automatically run in “课” to proceed.
- When you appear on the screen in the game, you can select menu icon with raising your hand to overlap the menu, and the menu responds to your action.
- You don’t need to directly touch the screen.
If you shake your hand several times on the menu, the menu will be selected and the game will proceed.
- Now! Let’s enjoy the game with your bodies.

TPR(Total physical response : https://en.wikipedia.org/wiki/)
- IVU, Chinese is TPR game
- Total physical response (TPR) is a language teaching method developed by James Asher, a professor emeritus of psychology at San José State University. It is based on the coordination of language and physical movement. In TPR, instructors give commands to students in the target language, and students respond with whole-body actions. The method is an example of the comprehension approach to language teaching. The listening and responding (with actions) serves two purposes: It is a means of quickly recognizing meaning in the language being learned, and a means of passively learning the structure of the language itself. Grammar is not taught explicitly, but can be learned from the language input. TPR is a valuable way to learn vocabulary, especially idiomatic terms, e.g., phrasal verbs.

About
“Service Cakes” provide consumers with apps and services.
We hope that the apps and services provide by “Service Cake” will provide usefulness and enjoyment to consumers, and always give us good feedback and interest.
Show More Show Less
IVU, Chinese 1.0 Update
2017-06-12 Version History
More
1.0 2017-06-13
More Information