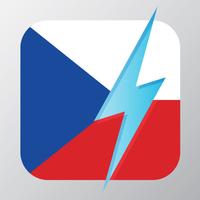 iPad
More Screenshots for iPad
Learn Czech - Free WordPower Description
Are you interested in learning Czech, but just don't have the time?

Let's face it, not everyone can commit full-time to learning a language. We know there are many things going on in your life: school, work, the kids, that special someone. That's why we developed WordPower Learn Czech Vocabulary Free for the ultra-busy, 21st century lifestyle. There's absolutely no reason to miss out on all the benefits of learning Czech just because you're light on time. With WordPower Learn Czech Vocabulary Free, you'll start down the road to fluency and reap the rewards that go with it.

With WordPower Learn Czech Vocabulary Free, you'll master 100 of the most frequently used words and phrases in the Czech language right on your iOS device! The app doubles as a mini travel guide packed with cultural insights and practical Czech phrases. Learn Czech with audio recordings of a native Czech speaker and a voice recorder so you can master perfect pronunciation anywhere, anytime. This list of the 100 most frequently used Czech words is compact enough to fit a little review into you busy schedule. Study at your convenience at times and places that work for you! WordPower Learn Czech Vocabulary Free also comes with an addictive Word of the Day alert!

What makes WordPower so effective? It's Fun, Fast and Easy to Use!

WordPower Learn Czech Vocabulary Free FEATURES:
- Completely redesigned UI. The user interface has been redesigned from the ground up to be much cleaner, beautiful, and more user friendly
- New! Level 1 Basic Word List (approximately 200 words): Now you get more than just 1 word a day
- Support for iOS 6 and 4" Retina displays such as the iPhone 5 and 5th gen iPod Touch
- Czech Top 100 Words: A special list of words specific to daily life in Czech Republic. You’ll learn handy cultural insights with every entry transforming Word Power into a mini travel and cultural handbook (3G or WiFi required to access Wikipedia links within the app)
- Essential Czech vocabulary all in one place showing you the spelling, translation, pronunciation, image, class and gender
- Sample Sentences: See and hear practical sample sentences with every word entry
- Updated Basic Resources: Want to explore the Czech language even more? Learn everything you need to know with this comprehensive source of Czech learning tips, information and material
- Easy to Use Design: Intuitive iOS swipe navigation allows visual learners to browse vocabulary images quickly. Find everything you need without excessive swiping and tapping
- Custom Flashcard Settings: You're in control of your study sessions. Mix up question types (recognition, production, audio and visual) for a full understanding of each word
- Listening Practice: Hear each word's proper pronunciation by a native speaker
- Perfect your Pronunciation: Compare your pronunciation to the native speaker's with the Voice Recorder, easily accessible throughout the app
- Personalized Word Bank: Save difficult or useful words, with their audio files, to review at any time
- Advanced Search Function: Search entire database in English or Czech
- Progress Bar: Keep track of how many words you have really mastered

Kids vs Phonics - Help Your Kids Learn to Read Education