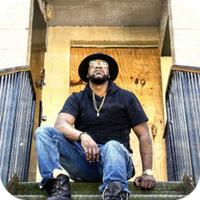 iPad
More Screenshots for iPad
Manny James Description
If you've ever wondered what talent & passion, gallantry & soul, hard work & tenacity would look, feel, and sound like; the answer is simply this – Manny James.

An incredibly gifted singer, songwriter, and performer, James’ talents and abilities are rooted in the heart of R&B and Soul. For James, music is personal. Although his soulful sound has been compared to music legends David Ruffin, Sam Cooke, John Legend, and Cee-Lo Green, James' consistently puts forth a truly unique, powerful sound and performance unlike any other.

Manny James was born and raised in New Haven, CT, a city with a rich history. He has devoted himself to creating music that resonates with and speaks to his audience on a deeply personal level.

James has graced the stages of several Tri-State area hot spots performing hits from his debut EP "Just Being Honest," which debuted at #14 on the iTunes R&B Soul Chart. His recently released uptempo, sexy, feel-good record, "Close 2 Me," has been climbing the iTunes charts since its release.

James is the co-writer and performing artist behind “So Incredible,” the soulful hit released by VISA for the NFL/VISA campaign "My Football Fantasy," starring Julio Jones of the Atlanta Falcons. To date, that single has garnered over 4.5 million YouTube views.