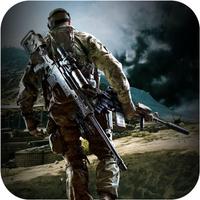 iPad
More Screenshots for iPad
Modern Commando Strike: Commando in Night Battle Description
The game lovers always love to play games that have action, shooting, attacking and aiming at the target given by the enemy lines, this is exactly that type of game and in this game there are multiple missions to kill and shoot dead down your enemies as a commando in the front-line troops, fury, enthusiasm is needed as a must to counter-attack, with your heavy weapons and strikers provided. Modern Frontline Strike Battle demands a real men game, gameboy is a First Person Shooting game (FPS) in which you can only see the hands of the striker and move this 3D super exciting player in the direction where you feel are more enemies sitting, there can be awesome environment like the military camps, oil-tanks, and construction camps. Pass the hurdles, obstacles set by anti-peace gang in this game and move to a safer zone, hide under the dark places, make a safe area to strike and never get caught by the fire. All you have to do is aim at perfect head-quarter or the right enemy that is striking you the most and then opens fire for an endless battle.
Modern Frontline Strike Battle is true passion and fury strike game. Become a daring commando and shoot as many enemies as possible in the given target time, you can upgrade your levels, by simply moving ahead in this counter strike and hit game. Modern Frontline Strike Battle is a game that is full of thrill, adventure, war, commando fighting, sniper shooting, target accomplishment and mission based assault. You will be surprised to know that you have multiple types of enemies; they are both robots and zombies. Both are full of fear and minds built to kill innocent humans. It is not at all an easy task for a beginner; you have to train enough to become a good commando. Hope you have some of those skills already, but remaining can be got through your playing this game. You are alone commando with a number of soldiers out there, you have to lead the, make plans with them and make sure you have the right targets achieved. Your enemies are cleverer than you. They have got faster nerves, but you know they have got a common sense like yours; their planning abilities are way too shorter than yours. You can easily defeat them by making your aim full, freaky, amazing plans.
How to Play Modern Frontline Strike Battle:
• Notice your enemies tricks
• Kill as many enemy troops to get more coins
• View from different camera angles
• Use left, right, up, down keys to move your jet
• Open fire and shot through the fire icon on your screens
Modern Frontline Strike Battle Features are:
• FPS mission based game
• Real army base camp, training and fighting environment
• Different types of missions, like killing their security management head, shooting the soldiers approaching you, and fastest knock-down
• Easy and intuitive game controls
• Mission based targeted time tasks
• Quick response
• Endless Addictive gameplay
• FREE to install
• No internet connection needed to play this game
• Realistic simulation of soldier model
Show More Show Less
Modern Commando Strike: Commando in Night Battle 1.0 Update
2017-04-22 Version History
More
1.0 2017-04-22
More Information