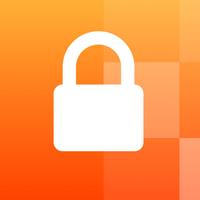 iPad
More Screenshots for iPad
Mystiko Description
Mystiko makes it easy to send your friends and family passwords, notes, and other confidential information by ensuring that what you send them doesn't stick around for longer than it needs to. When you compose and send a secure message, you have the confidence in knowing that the recipient will only have one chance to read it. After that, no one (including you) who gains access to their device (including yours) will ever be able to read it again.

All your secure messages are encrypted using AES 256, and are signed using separate 256-bit keys. The best part? Only your recipient will ever see the keys when sent via iMessage, and messages are immediately deleted from our servers as soon as they are downloaded. For more information about how we use and store your information while it's in transit, please see our Privacy Policy.

Mystiko is available in both pay-per-use and as an auto-renewing subscription. You start with 10 free secure message credits, with more available in bundles of 10 or 50. Alternatively, you can send unlimited secure messages by subscribing for $0.99 every 2 months, or $4.99 every year!