Omber Not Available
Removed from the App Store 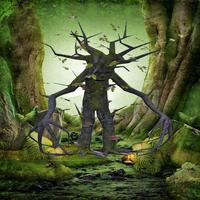 iPad
More Screenshots for iPad
Omber Description
Omber is an immersive, first-person, role-playing game.The Wizard Somes has captured the Princess Kroma and keeps her prisoner in the Omber, an alternate dimension. He uses her magical powers to enslave the local villagers to work in his mines.

It's your mission to kill Somes, free the villagers and free the Princess. There are resistance fighters who will help you. You'll have Root, a wise Ent to adventure at your side.

Move within a beautiful, 3d world with appeal and challenges for Adventurers of all ages.

Multiple side quests in addition to your main missions.

Level up by battling your foes.

Find Sparkles of Happiness to fatten your purse.

Mine, create potions, weave, make shoes, forge weapons and more.
Show More Show Less
Omber 1.2 Update
2015-09-20 Version History
Note: There are so many changes, you will not be able to use your old save files if you update.