Paper Warrior Not Available
Removed from the App Store 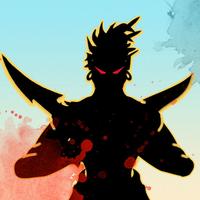 Features:
- Captivating physical action fighting game with hardcore.
- Charming music fires you to beat em up.
- 8 warriors from all over the world with different weapons.
- Levels different – More than 8 levels in mode matrix and you should try your best to get 5 stars
- Amazing stuns and realistic ragdoll physics
- Several campaigns
- Hardcore gameplay for mature gamers
- Every challenge is full of passion and hardcore beat up

Mode Matrix:
- Warriors of fate: You have to master your own fate, through practice, complete the five-star game, become a real paper knight
- Giant: As a paper knight, you disdain everything, but you can’t underestimate these smaller but more sensitive paper ninja that belong to dynasty warriors. Rush the battle like a firm hovercraft.
- Path of warrior(coming soon): The path of warrior, opponents can make your weapons fall, if you can't pick up the weapon as soon as possible, you will be killed by the paper ninja.
- Paper ninja(coming soon): These paper ninja has faster speed, and higher attack power. You have to fight back at the right time, kill these bad paper knight.
- Paper knight(coming soon): In a place called paper land, you need pay attention to the surrounding obstacles, these obstacles that belong to dynasty warriors will kill you.
- Alive or dead(coming soon): You just have one chance to kill paper man. Alive or dead? You need to have a right choice in this drive ahead sports game.
Hope you enjoy this mode matrix. Good luck!

How to win:
- As far as possible the rotation angle, and use weapons beat up your hardcore enemy with higher damage.
- The use of walls to produce defensive angle, the collision just like a hovercraft as bounce, to avoid the opponent's attack.
- Choose paper man with higher damage proactive beat up opponent and reduce the defensive time, beat em up in 30sec.
- Keep defensive, choose the right time to beat up the paper man with hardcore drive ahead sports.
- Use weapons to block the attack, the opponent will bounced off just like collided on hovercraft, and then will be bounced off.
- If you play other captivating physical games, you can easily manipulate this puppet warriors, and win in this drive ahead sports virtual story to become dynasty warriors.

The story begins at a place called paper isle. You will get heroic fights in the game with dynasty warriors. Experience realistic and eventful fighting atmosphere of the game in the best stickman games style! Make the tricks, crash against the walls, break the bones. Enjoy this drive ahead sports game and fight with dynasty warriors.