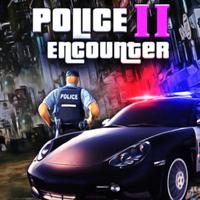 Track and detect the grand gangstars and criminals through modern CCTV Camera and Video Surveillance system and send them to jail behind the rods. Chase and catch the underworld mafia red handed and show the punishing hand to the gangsters ,mafia and bandits. Use your Cops skill to find the best cars and weapons, different ammunition and advanced military technique. Everything is at your command! Your only task is to eliminate the crime and make the city safe for ordinary citizen. The grand city is under attack of dangerous super villains like monster villain, spider villain, and fantastic villain Save the city like flying super man and destroys them.
For fans of FPS action, auto racing, driving from autos to helicopter and tanks, zombie clans, games with car theft, robots and free mobile games. Modern Shooting Combat Assault Games, Action Shooter Battle Campaign, Car Racing and prisoners truck driving. Trigger the revolver and assault rifles in a realistic 3D environment, shoot crazy, and then get more. Biker gangs, crooked cops and even Voodoo priests prowl these streets. Use your US Army Training skill from fighting, swimming, shooting and gun expertise to massive explosives to take control of the crime city.

Get ready for this outclass Action-packed gameplay with different combat grab the chance to be a grand super hero city cop in police car gangster escape & chase criminals. Kill Down the godfathers like Pablo Escober in Columbus State, the biggest drug dealer in the world. You need to be police cop and vigilante at the same time to free French quarter from drugs, illegal weapons, smugglers, grand gangsters and mafia godfather. Arrest the mafia and gangster and get them in prison in their criminal case.

Whether your sniper rifle to kill criminals, contact your nearest you use your binoculars if you wish.
Remember, apart from your job to catch notorious criminals, criminals follow the path of the police car and then descend on your exact police car, pull your weapon and kill criminals. prisoner transport vehicle used to transfer the prisoners from one prison to another. Be aware the jail criminals they are so dangerous and they can kill you at once you get alone to them always keep the deadly weapon. Use the police Bus to get the prisoners save from attacks. Car chase mode is awesome
Police Encounter: Crime City game features
Earn cash and points during police pursuits
CTA Type Game, Open world Vegas Mafia Game
Build up your own car collection of unique and rare cop cars in this extreme
This exciting and dynamic game is sure to bring you hours of fun
Police chase car racing action with one of the best racing physics
Walk around the streets and clean up the city from Mafia and gang lords.
Play at Miami Beach & Chicago city Environment for real fun
Shooting weapons, special weapons, heavy weapons, assault rifles, main and auxiliary weapons
AK47, MP5, M4 rifles, Shotgun, Sniper rifles, Deadly Weapons to Hunt Gangstar
Mission mode, Defuse bomb mode, zombie mode
Realistic police radio conversations and many features that will amazed you.
Open World & tribunal Environment
Show More Show Less
Police Encounter Gangstars Ops 1.1 Update
2018-09-30 Version History
Minor Bugs fixed
More
1.1 2018-09-30
Minor Bugs fixed
More Information