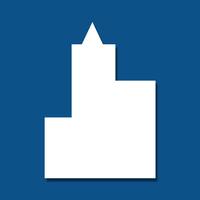 São Paulo City OFFLINE TRAVEL GUIDE
With the City Maps São Paulo City App you’ll find your way through the city both online and offline. Enable the subway and other public transport options on your São Paulo City offline map and plan the perfect city trip. You’ll of course find an overview of all the metro lines in the travel guide itself, too.

The São Paulo City City Guide is your personal travel buddy! Create your own São Paulo City trip with the attractions, restaurants, bars, museums, hotels etc. you are most interested in and look at the map to see where they’re located. The São Paulo City Travel Guide contains premium content from Fodor’s Travel and MARCO POLO, hotels from booking.com as well as sightseeing tips from Yelp, Foursquare and Wikipedia.

São Paulo City GUIDE: NEAR ME NOW
Filter the attractions, hotels, restaurants nearby directly on the map which are nearby to use your time as efficiently as possible.

FIND THE BEST DEALS
If you’d like to book your trip in the São Paulo City Travel Guide App on-the-go, you can find the best deals directly there! Book hotels and tour tickets for the most important attractions as well as flight tickets directly in the São Paulo City City Guide. Like that, you can find the best tour deals for sights such as Paulista Avenue, Edifício Copan, Edifício Altino Arantes.

QUALITY OF THE MAP AND CONTENT
The São Paulo City offline map is provided by OpenStreetMap and is continuously updated. The content from all other sources are being checked regularly as well as new attractions etc. are being added.