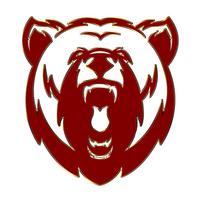 iPhone
Shaw Bears Booster Club Description
The Shaw University Bear Boosters Club is for members of the booster club to be able to see events, contact us, leave messages, donate, and stay in touch

The Shaw University Bear Boosters Club was incorporated in February 1970, by a number of prominent men, among them Judge George R. Greene, Dr. George C. Debnam, and the “Papa Bear” James E. Lytle, legendary former Athletic Director and coach of Shaw University. “The Club” as it was called, was created to promote the athletic programs at the University with alumni and friends and to serve as a communication link between supporters of athletic programs and the University.

The original objectives and purposes of the “The Club” were:

A. To promote the spirit of fellowship among fellow alumni and friends of Shaw University.

B. To strengthen our relationship with the “The Club” and the Athletic Department of the University

C. To present, encourage and sponsor activities, which will enhance the reputation of the “The Club” and the University and interpret the same to the public.

It was in 2002 that for the first time since 1978, the Shaw Bears played football. The changes at Shaw University also ignited a spark in the Bear Booster Club. It was at this time that The Booster Club, which was dormant for a number of years, was revitalized by a small group of interested parties. We revamped and resolved to return to our original ideals and goals with a new, determined fervor. The Bear Boosters support the Shaw Bears in competitive sports activities, program development, expansion and improvement of the athletic facilities, and the general upgrading of the overall athletic program, so that Shaw University can be a more viable institution in mainstream athletic competition.

The Bear Boosters are active visibly through attendance at athletic events, both at home and away. We are also active financially, through membership dues and contributions, as well as through fund raising activities that will help to enhance the general quality and scope of athletics at Shaw.

The Bear Boosters hold various fundraisers throughout the year. Revenue realized through these fundraisers go to support the Athletic Department at Shaw University, to sponsor scholarships for deserving athletes and to grow the Booster Club Endowment.