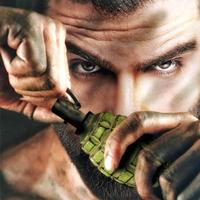 iPad
More Screenshots for iPad
Shooting Heroes Legend Description
Brace Yourself for the legendary fight of the Nations!!

The conquest of the Heroes has begun on shooting battlegrounds. Start fighting as trained commando and demolish the enemy. Conquer each country by attacking the rivalry soldiers clan with military tanks, explosive weapons and turn it into battleground of war games. Follow the rules of survival and shoot each country with best multiplayer Heroes strategy for free.

Jump into the action FPS and join the battle right away in the most outstanding survival Gun war strategy games.
It’s FREE TO PLAY!

CHALLENGING GAME PLAY
● Cover-based, First person shooter experience with amazing console-like graphics on mobile.
● Modern battlefield environment in this Legend shooting game.
● Intuitive control and easy interface won’t leave you struggling.
● Shooting Heroes Legend does not require you to be always online in order to have fun. You can enjoy it offline in the top Gun games.
● Build your army of heroes in one of the top action games.
● Feel like you’re in the thick of the action battleground as you play with high-quality audio and exclusive gunfire sound.

ACTION-ADVENTURE FUN OF ALL BEST SURVIVAL MULTIPLAYER GAMES
● Compete in Team Death-match mode up to 8 multiplayer opponents in modern war games.
● With highly efficient bots, we have modes like Bomb mode, Capture the flag and many more in forthcoming updates.
● Unlike all the top free shooting games, Not only the one whoever shoots the most enemies wins the round. But who also have less death is the Real Hitman of the action games.
● Varied AI behavior makes each enemy unique and challenging to follow the rules of survival as you run & gun games to victory.

TAKE AIM AT THE TOP ACTION SHOOTING GAMES
● Aim to conquer all the country in world war of legend games.
● Go head to head with friends in online combat and shoot to the top of the leader board.
● Choose any country to join the war in one of the best games on mobile.

MODERN & FUTURE FPS POWER
● The more you win, the better you play – upgrade and engage in harder, faster challenges that will send you flying up the leader board!
● Take your gun games to the next level and use the rules of survival.
● Upgrade your battlefield arsenal to strike fast in one of the top new games on mobile.
● Custom options make your best games even better.

So if you’re ready for the real FPS of your dreams, dive into this unparalleled free game that takes battleground survival multiplayer to new heights. Perfect for anyone hungry for country war, third person shooter, shooting games, gun games, being a hitman, launching a furious strike on the battlefield, war, survival games and any of the top games for free action multiplayer fun!