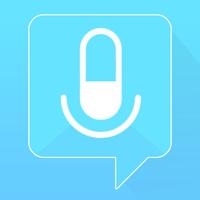 iPad
More Screenshots for iPad
Speak for Translate - Voice and Text Translator Description
Optimized for iOS 10! Speak to translate is a vocal and textual pocket translator that allows you to communicate effectively around the world.

Thanks to Speak to Translate, speak directly more than 50 languages!

Conduct an effortless conversation around the world.

Some parts of the service are translated by Google Translate ™.