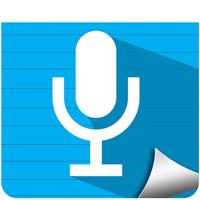 Take notes even when you don't feel like typing! Just speak your note, and it will be saved as text. This Speech Notepad - Speech to Text application was allow to quickly get down your ideas, with minimal hassle. And it makes it easy to keep those ideas organized.
Speech Notepad - Speech to Text is a very useful app that allow you type all your personal notes by simply talking to it.