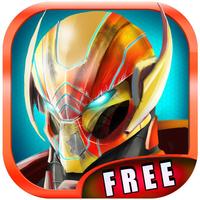 Choose the best fighters and unlock enemies on your way to the metal belt boxing champion, fighting for land, do boxing world champion metal, train your giant steel and improves its systems, will rise up to final battle, The best 3D fighting game, incredible blows and combos.

Enjoy a game of free street fighting robots, Steel Street Fighters Avengers, reflects the history of the Earth in the year 2050, when humans no longer use their bodies to fight but they build robots to fight for them.

Share the best game of free fight and feel the thrill of hitting the metal with your fist of steel, a true opponents supersedes all galaxis a fight with an incredible 3D physics engine that will leave you breathless, do not let It will reach to avoid a KO.

Download this game of fighting and demonstrates how you handle your fists of steel in an exciting street fight of robots, he feels the adrenaline and amazing visual effects in metallic fights in boxing mode.

Have fun, testing your skill of boxing on the back of a giant steel, blast your opponents in an epic battle, upgrade your fists of steel and makes your giant metal into a weapon letal. Play every day of your Street life Steel Fighters Avengers, as it is a fight game for free, financed by ads from our partners and purchases within the application.
Show More Show Less
Steel Fighters Street Avengers 1.2 Update
2015-08-13 Version History
More
1.2 2015-08-14
More Information