Surfterra - You surf, they capture, we connect Not Available
Removed from the App Store 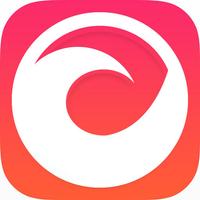 Surfterra - You surf, they capture, we connect

iPhone
Surfterra - You surf, they capture, we connect Description
Are you a SURFER ?
Get photos & videos of you surfing.
Know beforehand where photographers will be shooting in the next 48 hours.
Monitor your surfing statistics.

Are you a PHOTOGRAPHER ?
Share your surf shooting sessions and get paid for the best photos and videos that you shot.
Surfterra makes sure your photos and videos will be seen by the surfers that were in the water, whether you know them or not.

**** INSIGHT ****
The Surfer:
“I love surfing and I would love to have cool pictures of me while doing it, but I cannot take them myself and it’s almost impossible to get good pictures taken by others. Professional surf photographers chase professional surfers… Friends? Well, they either don’t have the required material and patience or just want to be in the water when the conditions are good which is when performances worth of being shoot tend to happen.”
The Photographer:
“I love taking surf pictures, great close-ups, “hero-style”, and it would be great if I could make money off the surfers that I photograph randomly from far away on the beach.”

**** CONCEPT ****
Surfterra is a photo & video online platform that connects the random surfer to the random surf photographer.
Surfterra offers surf photographers tools that enable them to easily show and sell their work to the photographed surfers that are eager to put their hands on such material, in order to later:
put it on their screensavers,
post it on the social networks, or
print it and hang it in their living rooms.

Surfterra acts as a global marketplace intermediating the sale of photos / videos between photographers / videographers and photographed / filmed surfers that normally don't know each other.

**** TARGET ****
Amateur and professional surfers (including bodyboarders, supsurfers, kitesurfers, windsurfers) looking for photos/videos of their sessions and visibility within their community.
Amateur and professional surf photographers (including videographers) looking for alternatives to showcase and sell their work to the targeted surfers whether they know them or not (besides their own websites and blogs - that have limited selling tools, need to be managed, and that usually only reach a limited audience).

**** FORMULA ****
Surfer registers his surf session after he gets out of the water on the Surfterra website or on the Surfterra mobile app filling in session fields such as date, starting/ending time and beach. If using the mobile app, the surf session registering will be made “just-in-time” and automatically (no user intervention needed at all) through the surfer’s GPS localization data transmitted by his smartphone.
Photographer / videographer uploads the photos/videos he has shot during his own shooting session to Surfterra platform (through the Surfterra website), filling in session fields such as date, starting/ending time and beach.
Match – if there is a “match of sessions”, that is a surf session (date/time/beach) matching a shooting session (date/time/beach), the surfer receives an automatic notification telling him that while he was surfing someone was shooting and therefore he should go check if any of the photos/videos taken during this session (and already uploaded to Surfterra platform) are of him (a surfer always recognizes himself on a photo/video by the characteristics of his wetsuit, board and/or style).

**** FRINGE BENEFITS & FORMULA BOOSTERS ****
Photographers ON – a one-click away Surfterra feature that lets surfers know in real time which nearby surf spots have photographers / videographers shooting at the moment, later on that day and on the day after.
My Statistics – a fringe benefit of Surfterra usage that lets the surfer know how many hours and where has he surfed in the past (week, month, year, life), how much of the globe has he covered surfing, etc.
Show More Show Less
Surfterra - You surf, they capture, we connect 1.1.1 Update
2017-07-03 Version History
minor tweaks.
More
1.1.1 2016-09-10
minor tweaks.
More Information