Syndicate Wars: Anarchy Not Available
Removed from the App Store 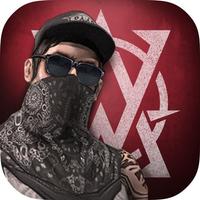 iPad
More Screenshots for iPad
Syndicate Wars: Anarchy Description
Anarchy, the way it should have been in Syndicate City, but the tides have turned when the Biggest, Most Dangerous Organization in the city stepped foot as the one Authority in the City, led by KINGPIN!

You will play the role of the leader of one of the most dangerous group ever imagined. Underground organization, Chinese Triad, Biker Outlaws, Convicts, Bank Theft Experts, and any other dark groups. All with one true goal in mind, Own the Syndicate City!! The game starts with only you in the gang, fighting, clawing your way up to the top. Making your syndicate group bigger, one step at a time by owning a district, removing each and every arsenal Kingpin has.

Each district is controlled by a certain gang and its leader. All you have to do is defeat him and his group and you will have the option to extort from the people of that district. After defeating your enemies, you will have a chance to recruit them into your group. Even their leader can be persuaded to join you if you are persistent. Control more district to increase your influence and recruit more troops to increase your group's fighting strength.

Go ahead do some Exercises on any district, stretching your body and earning money is one way to be stronger. You can get cash through tapping your main troop, he will either jump, evade, take hits, block, knocked back, knocked down, and will stand up for another round! Finishing an exercise will give you extra cash!

You can make your and your member's fire power stronger by upgrading statistics. You can be trained by paying cash, which you will take from the fights, exercises, and the extortions. Never stop grinding, never stop fighting, a fighter, no, a leader must never stop aspiring to be stronger, as when you fight more and strive more, you will eventually learn more techniques.

Return to your headquarters where you can gamble. Bet the gold you've earned and double your rewards, the longer your winning streak is, the bigger your rewards but be careful, one mistake and you will lose all that you've earned for this game has a very high risk.

When you're already packed with cash, upgraded your troops, and have nothing to do with it, back in the headquarters, you can choose to unlock the unlockables where you need to pay tons of cash, I mean tons of cash!!
It's all worth it, your trophy and much better, BRAGGING RIGHTS.

DO YOU HAVE THE POWER TO RULE THE SYNDICATE CITY?!

Features
* Realistic Physics
* Choose from 12 different gangs:
- DYNAMITE GANG led by Alex Payne
- METALHEADS led by Tyson Cross
- BONIFACIO FAMILY led by Joey Taylor
- WATANABE CLAN led by Kojiro Watanabe
- BIKER OUTLAWS led by Allie Passaro
- MURDER INK led by Zodiac
- FONG CLAN led by Joe Fong
- LOS GUERREROS led by Jose Chavez
- MACHETE CHOLOS led by Oscar
- MAGNA CARTEL led by Dwayne Jackson
- JUSTICE SYNDICATE led by Pattrick Garret
- DANZO CLAN led by Hattori Danzo
* Take control of all 8 districts and own Syndicate City
* Extort money from the districts you control
* Bring up to 3 of your troops to fights
* Switch between your troops during fights
* Recruit the enemies you've defeated into your gang
* Upgrade your troop's stats to make them stronger
- Attack
- Defence
- Health
- Stamina
- Bravery
- Loyalty
* Edit your crew and select your elite troops that will fight for you
* Unlock different moves as you level up your troops
* Daily rewards
* Gamble using gold and multiply your rewards
* Buy gold on store and trade it for cash or use it to gamble
* Exercise with your troop and earn cash. Complete exercise missions to earn more cash
* Watch Ads to gain rewards
- Gain cash by watching ads from the store
- Double up your reward when extorting from districts by watching ads
- Retry the game when you lose with higher stats by watching ads
* Unlock silhouetted items to improve your headquarters
Show More Show Less
More Information

Lord of the Dragons HD Adventure

Lord of the Dragons Entertainment