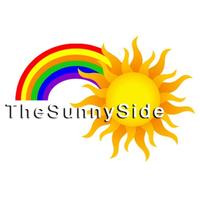 
Life’s a lot easier when you know what’s coming!

Sonny began his journey into the world of astrology, psychic energy, and the subconscious as a youth when he attended The Etobicoke School of the Arts in Toronto, Canada. There was something special about that group of kids who used to play with Tarot Cards and Ouija Boards between performances. Many of them went on to careers in the performing arts but Sonny chose a different path.. he kept studying - Music, Astrology, Tarot, Occult, Mysticism, Spirituality, Free Masonary.. First at The Ontario Hypnosis Institute where he became a Master Hypnotist, then at Astrology Toronto where he formalized his studies in Astrology.. and even later at York University and Humber College.

Approximately 15 years ago Sonny was discovered first by The Globe and Mail then The National Post while he was hosting his humble How to Mend Broken Hearts & Find True Love Workshops in The Annex of Toronto. They quickly fell in love with his soft eyes and calming voice and pronounced him The Love Hypnotist!

He was a sweetheart in the Hypnotherapy, Astrology, and New Age Worlds as well as a local star writing books and meditations to help with emotional eating and scripts to help young Hypnotherapists as well as Giving TV interviews and performing at the Taboo Naughty But Nice Shows.


Professionally, Sonny wrote the Astro-Week Love Horoscopes for straightuplove.com and The Echo Newspapers in Canada, and was a “call in” psychic for The Circle of Stars Psychic Network. He is also the founder or Hypnosis Toronto, and Sonny’s Music Studio in North Vancouver. These days he continues to write horoscopes professionally as well as creating content for his YouTube Channel TheSunnySide.