Til Morning's Light Not Available
Removed from the App Store 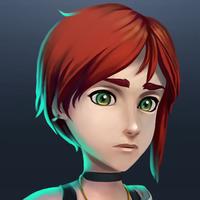 iPad
More Screenshots for iPad
Til Morning's Light Description
Named one of the best games in the App Store Best of 2015.

“The scale of Til Morning's Light is bigger than just about anything else on a smartphone: not only is the world huge, but the dialogue is fully voice acted, and the graphics look fantastic.” – The Verge

“Far and away, my favorite ride at any of Disney’s theme parks is The Haunted Mansion … To that end, I can offer no higher compliment to developer WayForward’s Til Morning’s Light than to say that, at its best, it feels like a private invitation to The Haunted Mansion from the ghost host himself.” - Gamezebo

Erica Page is an ordinary teenage girl, just trying to fit in. She’s also trapped in a mansion haunted by a 200 year-old curse. You know, the normal stuff. Help her explore the huge, creepy, and not exactly empty mansion, revealing its darkest secrets and hopefully a way out. There are clues to decipher, tools to collect, and puzzles to solve. If all else fails, Erica can beat the goo out of supernatural nasties with an arsenal of clubs, knives, and swords. Oh, did we forget to tell you? Erica has to escape by dawn, or she’ll become the next ghost in the mansion!

Brought to you by Amazon Game Studios and WayForward, developers of the Shantae series and DuckTales: Remastered,Til Morning's Light delivers a deep storyline and charming, quirky characters set in beautiful, haunting environments, with drama and surprises around every creepy corner.

Amazon A to Z Business