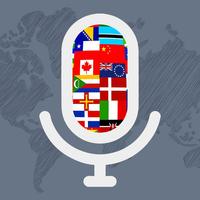 iPhone
Translate+ Description
Translate+ is an indispensable voice and text translator that allows to communicate effectively in any corner of the globe. Instantly speak 42 languages and hold written conversations in 100 languages!

Translate+ provides really streamlined translation experience. Speech powered by Nuance, translation powered by Google Translate™. Get along without a pile of paper dictionaries or expensive services of personal human translators! Now you can completely destroy language barriers with the help of one single app, that’s always with you.