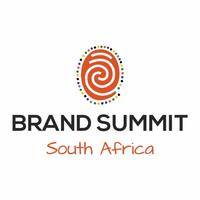 iPad
More Screenshots for iPad
Brand Summit Description
South Africa has come a long way since the dark days of apartheid. While our story began many decades ago, the walls of apartheid began to crumble visibly in the late 1980s when P.W. Botha, realising that the system could no longer be sustained in a fast-changing world, began to dismantle some of the key apartheid legislation, such as the Immorality Act, and to release some of the aging struggle icons like Raymond Mhlaba, Walter Sisulu, Govan Mbeki and others from prison.

Secret talks that were begun under Botha, held with the ANC through the still imprisoned Nelson Mandela, culminated in the early 1990s in the unbanning of anti-apartheid movements, the release of Nelson Mandela and other political prisoners, as well as the formal end of apartheid.

Following multi-party talks that resulted in the historic, inclusive, 1994 elections, the country embarked on a new path; a journey that sought to bring all South Africans, irrespective of racial, ethnic, religious, and ideological background, under the same flag.

South Africa also became the first country in Africa and one of the first few in the world to recognise and constitutionally protect the rights of Lesbian, Gay, Bi-sexual, Transgender, and Intersex (GLBTI) communities. Following the promulgation of the new Constitution in 1996, buttressed by a progressive Bill of Rights, the country seemed irretrievably on a new path.
Show More Show Less
Brand Summit 1.0 Update
2019-05-21 Version History
More
1.0 2019-05-21
More Information