Burst Your Bubble Free Get 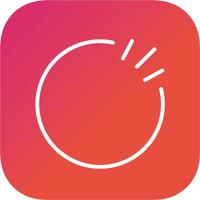 DIGESTS
News are digested and delivered once a day. We're not trying to flood your phone with tens of "breaking news" notifications every few minutes. Just one digest each day. There are lots of studies that show the negative impacts of constantly reading news and we would like to help you avoid that.

UNBIASED
Humans are biased, there's no arguing that. No matter how much someone tries to hide their bias, it is typically reflected in the content they produce. The solution to unbiased media is pretty simple: show opinions from both sides. This is the best way to show you how both sides think about a certain issue and give you a full picture.

CIVIL
We encourage users to be as honest and truthful with their opinions are possible. We want Burst to be a platform of free speech and integrity. However, free speech does not equate to hatred. There's a clear distinction between free speech and hate speech. Free speech is encouraged, meanwhile hate speech will not be accepted on Burst.

SAFE
We do a lot to protect you on Burst.
1- We only ever ask for your first name so that you can't be found anywhere outside of the app.
2- You can mute other users and they will never be able to message you again.
3- We make it very easy to report other users and we will investigate reported behaviour asap.

DATA PROTECTION
We value our users too highly to steal or collect unnecessary data. The less data we have on you, the better we sleep at night. We only collect the bare minimum to function the app and are incredibly transparent on exactly what data we have on you. You can contact us at any time for a report on everything we have collected on you (which is very little). Do we sell any user data? Of course not. We don't make money yet and will not sacrifice your privacy for a monetary gain.

Our goal is to build a community of civil users that respect each other and embrace a difference in opinions. Your help in sharing Burst with those around you is greatly appreciated.

All feedback and suggestions are welcome in helping us shape the future of Burst. Contact us through the app or tweet us @burst_app
Show More Show Less
Burst Your Bubble 2.0.1 Update
2018-11-02 Version History
2.0.1 fixes an issue that prevented users from signing in
---