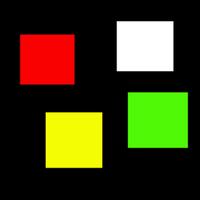 iPad
More Screenshots for iPad
ColorFlex - Memory Test Description
Up for a challenge? Good, because this ones tough, really tough, can you get past sequence 6? Remember the sequence of colours and click the blocks in the correct order, it's that simple, but can you be the best? Find out with the global leaderboard!

Tweet me a picture of your high score or let me know about any requests or queries that you might have as well, I would love to hear your feedback.

I'm constantly working on this app and have lots of cool ideas that I will be working on, watch this space!