Deals for Danes Free Get 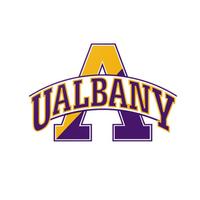 iPad
More Screenshots for iPad
Deals for Danes Description
Deals for Danes is the official app for the University at Albany part of SUNY (State University of New York) that allows students to save up to 70% on your next meals at restaurants all around the campus.

For you it’s very simple, you simply choose the deal you'd like by clicking on "I want this" and show your coupon at the cashier and Voilà!

Why does it work? Our technology allows restaurants to fill up their empty seats on their downtimes. And also to liquidate food at the end of their days to reduce food waste.

Enjoy great meals at a great value with Deals for Danes!

Does this sound like you? Well, we've got big news!
No more infinite loading! We've made everything way smoother, and way faster :)
Like Usain Bolt after a full-body wax.

Still here? Then you know what to rate us. HINT: it rhymes with "Dive Bars"
2.1.0 2018-02-26
Fixing accounts stuck on loading,
Required our excellent coding.
With a map for our deals,
And a loyalty wheel,
This update is certainly worth noting.