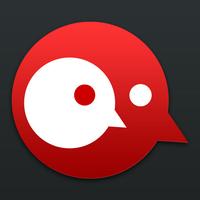 The most important factor for language learning is vocabulary knowledge. Bumuu.com was completely established in order to obtain vocabulary knowledge. The site has combined all the necessary elements for the settlement of the word into memory. There are sound and picture for each word on the site. Picture of the word provides an easy entry into memory. In addition, thanks to the sound of the word, keep in mind is provided.

How many languages can I learn?

There are 10 languages in this site. If you know one of the languages, you can learn the others easly. "Arabian, Russian, Chinese, Japanese, Spanish, Italian, French, German, Turkish, English" As a conclusion, Bumuu.com serving a good service for learning all languages in the world.

Bumuu.com is very ambitious site about word learning. A person who wants to learn any foreign language, can learn in a fun way, thanks to the site which has been prepared scientifically. Learning vocabulary which is the most important factor for a foreign language, is taught in the following way.

The words of this level consist of the words which passed the first level. These words have been known by the user without opening the picture’s of words at first level. At this level, a word which is written the user’s native language, is given to the user. The picture about the word are shown to the user automatically and word’s pronounciation is vocalized to the user automatically. The word’s answer is wanted in the language which is learned. For this reason, 4 options are presented to the user. If the person don’t have an idea about the right answer, he/she selects one of the options. But, if the words are wanted to be passed to the third level by the user, he/she must know the right answer.

The third level (WORDS THESE I LEARNED)

If you come to this level, you can see the words with pictures, it means that you learned the words. If you forget the meaning of the word, you can send the words to 1st level and you can learn it again.

In addition, all data are recorded by the system and you can continue where you left at any time.