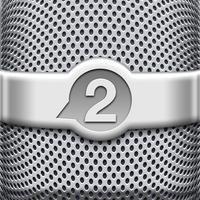 • A compact and easy to use live voice and text translator •

My Personal Secretary 2 is a powerful and energetic app that will help to break down language boundaries. It is fun and easy way to translate your voice, and read aloud the translate results. This app is extremely smart; you can crack your language barrier by using it while traveling, communicating, social networking, studying, and many more places. You can learn languages quickly and easily, speak your language to translate written or spoken of in the language of your choice.

Now you can instantly translate to and from 38+ different languages whenever you want. Simply select the source language and the language into which you want to translate, tap of the flag wait for the signal and start speaking. In the box below the text, the translation will be displayed and automatically speak as per the voice available. You can edit translation text by tapping on edit button. You can copy translation text to any other application, email, SMS, Whatsapp, Facebook or Twitter.

Photo Upload Roll – Edit Photos and Save for Send Utilities