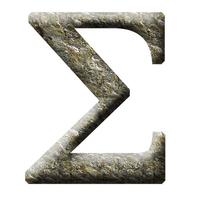 iPhone
Vternal Timelines Description
The Vternal Network lets you create digital scrapbooks, called timelines, of photos, video, audio and other files, and store them, securely, forever. For example, you could bequeath a digital album of yourself to your descendants.

- No-one owns the network. Although vternal.com runs some servers to improve
usability, they are not strictly necessary.

- The network has no center, it is formed from its users.

- There are no critical components. The network self-configures, if necessary.

- Security is built in. As a practical matter no-one can find your data unless they have
its key.

- The network is self-healing. Assets continually move around and reconstitute
themselves automatically. As a result, the chances of an asset being really lost is
vanishingly small.

Human beings through the ages have strived for immortality, but immortality here on Earth is inaccessible because our bodies eventually die and decay. Memories of us are lost in the sands of time. Whatever one believes about an afterlife, all guidance to the whereabouts of material goods and the ideas a person leaves behind them, remain firmly in the mortal domain.

People have always sought to preserve the memory of themselves through the construction of tombs and shrines. Many people leave behind them deeds, buildings, place names, art, writings, laws, religious and political creeds etc., which serve to preserve a portion of their material creations or the memory of themselves. For example: the pyramids preserve the memory of the ancient Egyptian pharaohs; Alexandria, also in Egypt, preserves the name of Alexander the Great. Julius Caesar is remembered, amongst other things, for the calendar and laws that bear his name. William Shakespeare is remembered through his literary works, which have been copied faithfully many times. But it is a very hit and miss affair and preservation is open to the subjective whims of those who keep the gateways to past memories. Stalin, for example, had armies of cadres whose job it was to erase all record of his purged enemies.

Unfortunately paper documents and photographs are particularly prone to destruction. Diaries, albums and journals, of which there is often only one copy, can easily be lost for all time.

Wouldn’t it be nice if everyone could record their life and achievements, organized according to their personal wishes, for ever? Everyone needs a safe place to store their memories, but, for most, a granite mausoleum is too expensive.

Today we live on a diet of daily pictures and videos. Tomorrow we may want to record our life in some other way. No matter, the VN is data-format and user interface agnostic; so, it makes storing everything possible, even today.