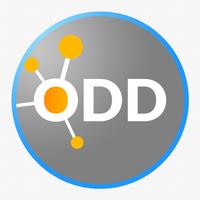 iPhone
ODD - Oppositional Defiant Disorder Description
The easiest and the simplest way to know if your child is showing signs of Oppositional Defiant Disorder (a childhood behaviour condition that is characterized by ongoing chronic display of negative, uncooperative, defiant, disobedient, argumentative, disruptive and often hostile behaviour mainly towards those in authority.)

Take the questionnaire as a parent/caretaker of a child, select the most appropriate answer from the options provided; depending on the child's behaviour pattern and diagnose the signs of ODD in its early stages.

In order to be diagnosed, the behaviors must occur for at least a period of 6 months.

Symptoms
Displaying repeated temper tantrums
Excessively arguing with adults
Actively refusing to comply with requests and rules
Deliberately trying to annoy or upset others, or being easily annoyed by others
Blaming others for own mistakes
Easily frustrated
Very moody
Having frequent outbursts of anger
Being resentful
Saying mean and hateful things when upset
Being spiteful and seeking revenge
Swearing or using obscene language

Causes
The exact cause of ODD is not known, but it is believed that a combination of biological, genetic, and environmental factors may contribute to the condition.
Some studies show that ODD has been linked to abnormal functioning of certain types of brain chemicals, or neurotransmitters that may be malfunctioning.
Many children and teens with ODD have close family members with mental illnesses, including mood disorders, anxiety disorders, and personality disorders. This suggests that a vulnerability to develop ODD may be inherited.
Environmental factors such as a dysfunctional family life, a family history of mental illnesses and/or substance abuse, and inconsistent discipline by parents may contribute to the development of behaviour disorders.

Risk factors
Oppositional defiant disorder is a complex problem. Possible risk factors for ODD include the child's temperament, difficulty regulating emotions, getting highly emotionally reactive to situations or having trouble tolerating frustration
Other studies show that children who experiences abuse or neglect, harsh or inconsistent discipline, or a lack of parental supervision may display symptoms of ODD.

Recommendation
If your child is showing signs of ODD, it is very important that you see a qualified mental health professional immediately. Treatment for ODD is determined based on many factors, including the child's age and the severity of symptoms.
The sooner the child is treated the more effective is therapy, Without treatment, a child with ODD has a greater chance of developing a more serious behavioural disorder called conduct disorder.
Show More Show Less
ODD - Oppositional Defiant Disorder 1.1 Update
2015-10-05 Version History
More
1.1 2015-10-05
More Information